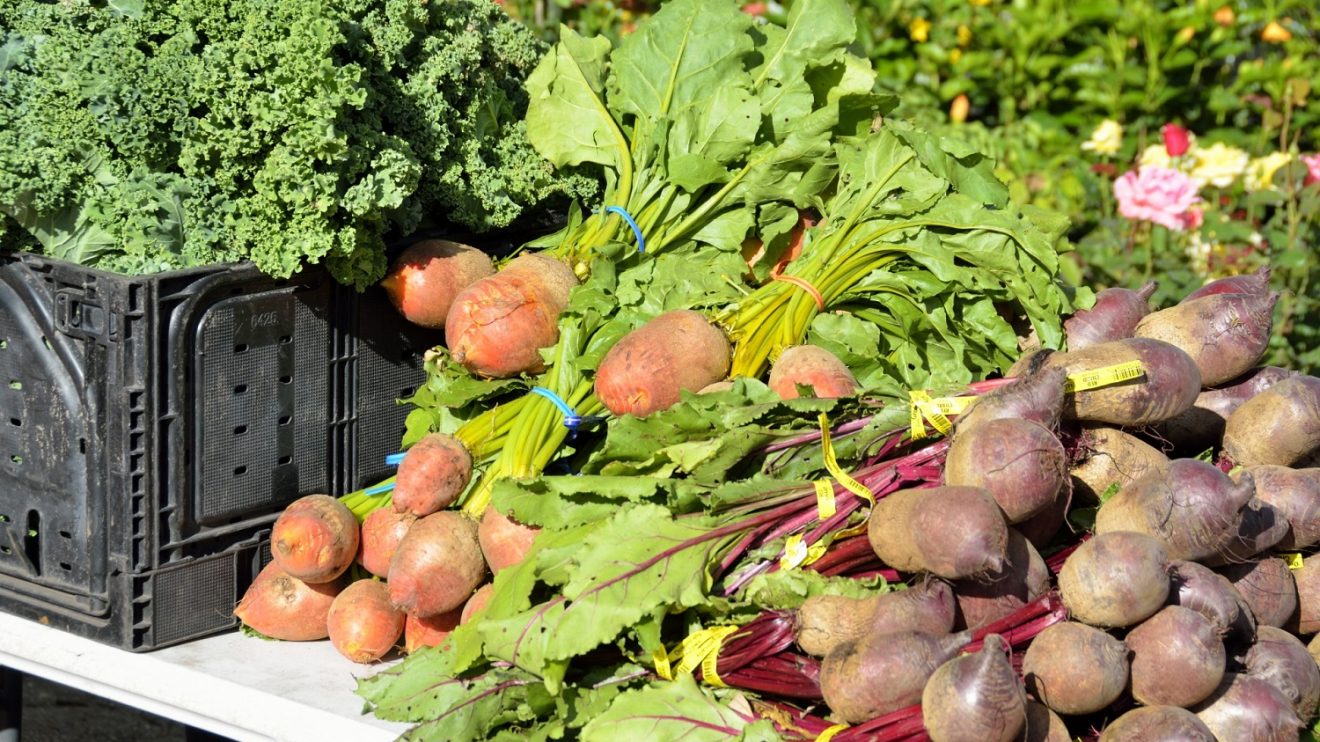 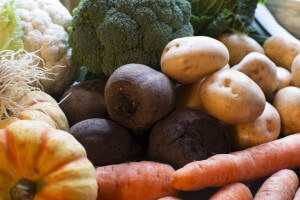 Food is one of those emergency essentials preppers jump to and stock up first. Along with stores of water, bins of dry or dehydrated goods and freeze-dried meals fill closets, garages or spare bedrooms making up the typical stockpile of food reserves but have many of you considered stocking away fresh crops from your garden? The immediate response to that is, Why bother? They won’t last more than a couple of weeks. And that’s true for most. The shelf life of garden crops can hardly compare to the years a package of freeze-dried beef stroganoff has. But what if there were varieties of vegetables that would last for months or methods of increasing the longevity of traditional crops you’re already cultivating?

Keeper crops are typically vegetables naturally inclined to long-term storage or can be prepared to last much longer than they normally would being stored at room temperature or in the bottom drawer of the refrigerator. The heartiest of the bunch are winter squashes but the list goes on to include potatoes, onions, carrots, garlic and even one particular variety of tomato. Yes, that’s right, there are tomatoes – the berry masquerading as a veggie – that can last upwards of 3 months.

We’ll begin with the longest lasting of the keeper crops, the squashes. Among the multitude of choices out there the best for long-term storage are the buttercup, Hubbard, and butternut varieties. These three have a reputation for longevity with some people testifying to their butternut and Hubbard squashes still being edible after a year or more. But there’s more to their preparation than simply picking them off the vine and plopping them into a box in the garage. Each of these required curing. Curing is the process of drying out the excess water in the squash which also results in a sweeter taste because it concentrates the sugars and reduces the chance of rot by further hardening the outer skin.

First, harvest the squash when the vines begin dying, usually after the first light freeze or when the skin cannot be dented by a fingernail. Do this before any hard freezes as this will reduce their storage life. Leave 2-3 inches of stem on the fruit and choose from those free of blemishes. Squash with blemishes or those torn from the stem will not store as well. Use these up first and store the better quality fruit. Once harvested, lay them out to cure in the sun for 10-14 days either on the ground or another dry spot. If a freeze is expected cover the fruit. Never wash the squash or any vegetables you plan to store but some people suggest lightly wiping them down with a prepared chlorine rinse (1 part chlorine to 6 parts water) to further prevent rot. Finish up by storing your cured squash in a well-ventilated area at a temperature between 50-60 degrees, not unlike the conditions you’d store your stockpile of freeze-dried meals.

While similar in storage preparation onions and garlic may be harvest-ready at different times. The yellowing of their foliage is the signal they are ready to be pulled from the ground. Let them both cure in a cool, dark place for about 2 weeks. A covered porch or garage are good suggestions. Lay them out in a single layer and let them dry. Their stems will begin to brown and their outer skin will tighten as excess water evaporates. Store them in a well-ventilated box, mesh bags or paper grocery bags with randomly punched holes in them will work. Their storage temperature requirements are low, 35-40 degrees which is easier to find during winter months in cooler climates. Warmer temperatures will trigger garlic bulbs to sprout.
Potatoes

Potatoes have been a staple food for hundreds of years and a great candidate keeper crop. Some varieties tend to store better than others. These include those smallish yellow ones like Yukon Golds and Yellow Fins and Kennebecs which resemble a smaller version of the russet potato. As with other vegetables, potatoes are ready for harvest when their above ground foliage begins to die off. Lay them out for curing in a dark, cool place (50-60 degrees) for about 2 weeks, as you would with garlic and onions. Depending on harvest times these three could all be cured around the same time. Curing will toughen the potatoes’ skins, readying them for storage. Once dried, rub off excess clods of dirt but be careful not to bruise which will reduce storage life. Remember, never wash vegetables you plan to store. Potatoes will also be stored in well-ventilated boxes or burlap bags. Don’t store in too large of piles as the lower ones will bruise. Temperature needs are somewhat more forgiving with potatoes, unlike onions, as they will last several months between 45-50 degrees but longer if kept between 35-40 degrees.

Carrots’ storage requirements deviate from their other below ground cousins. They can be left in the ground and harvested when needed if they are covered with a 12-18” layer of mulch (straw or leaves) before the first hard frost. But this also leaves them susceptible to some pests like wireworms or voles. The thing with carrots is they require low temperatures (32-40 degrees) and high humidity (90-95%). This makes them a bit difficult to manage if you live in a warmer climate zone. But for those with colder winters, there’s another technique. Harvest your carrots gently to avoid bruising and lay them out in a box lined with a breathable mesh and cover them in layers of sawdust or moist sand. The sand and sawdust will need changing ever couple of weeks but it will allow for the humidity needs.

These actually fall into their own variety called Long Keeper tomatoes. They are slow-ripeners, taking 1½ – 3 months to ripen. Some people have reported storing these tomatoes for 4-6 months. As with other candidates for long storage, choose from the unblemished fruits. Pick when they are pale pink in color, before the first frosts. Store them at room temperature in fruit separators (egg cartons for fruit) like those used in apple boxes. This keeps the individual fruit from touching and hastening rot. Long Keeper tomatoes will ripen to a red-orange to medium-red color.

When preppers seek out long term food options, their choices are limited to the extent that the nature of their planning requires food with a respectable shelf life and preferably without the need for refrigeration, or electricity for that matter. Freeze-dried and dry goods are the staples of any prepper’s pantry and as more people have realized the need to prepare for the worst, the available options have vastly improved. Consider expanding your disaster pantry pallet to include fresh produce. These will supplement the traditional staples, will help you when planning your seed saving stockpiles and provide you with viable choices for your prepper gardens. 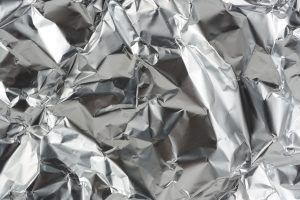 Aluminum Foil: The OTHER Duct Tape 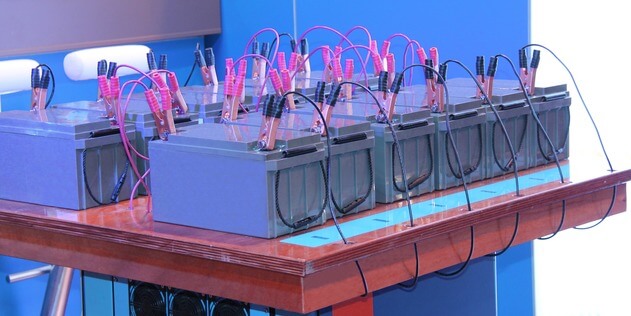 How To Store Off Grid Electricity 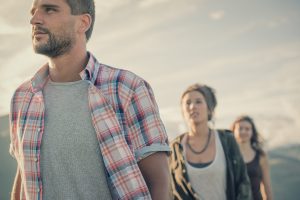 Prepping for Beginners, Where You Should Start. 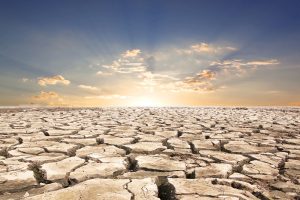 Climate Change and Drought: Homesteading in the New Normal 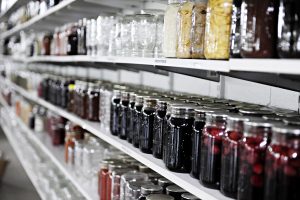 Emergency Food Storage 101: The 10 Best Items To Get You Started!